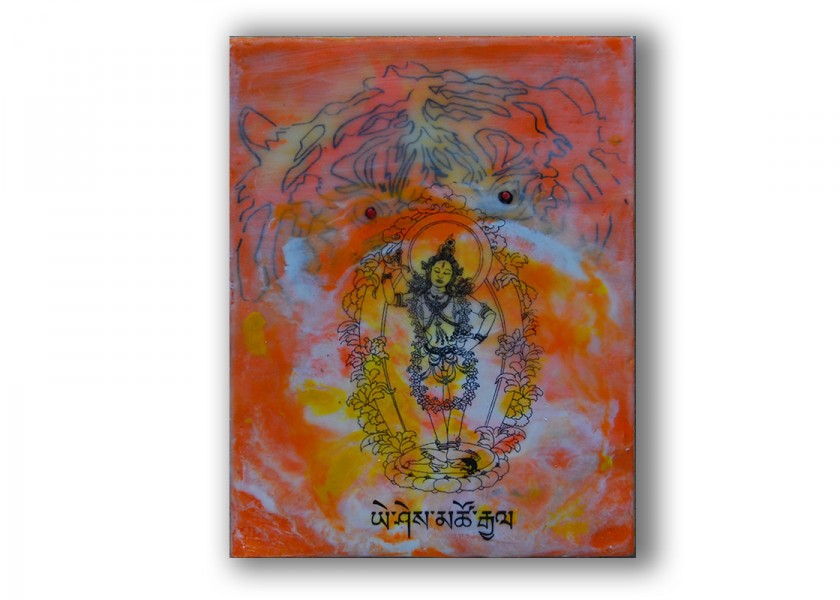 Yeshe Tsogyal is a considered an emanation of Vajrayogini. In Tibetan Buddhist practice, she is described as a consort of Padmasambhava. Both the Nyingma and Karma Kagyu schools of Tibetan Buddhism recognize Yeshe Tsogyal as a female Buddha. According to legend, Yeshe Tsogyal was born in the same manner as the Buddha, a mantra sounding as her mother gave birth painlessly. She is considered a reincarnation of the Buddha’s own mother, Maya. Her name, “Wisdom Lake Queen” derives from her birth causing a nearby lake to double in size. After succeeding in a variety of feats, including beheading a tiger, she gains access to an elaborate palace where she receives esoteric initiations from several vidyādharas and buddhas.

5″ 7″ Encaustic Painting on board. SOLD